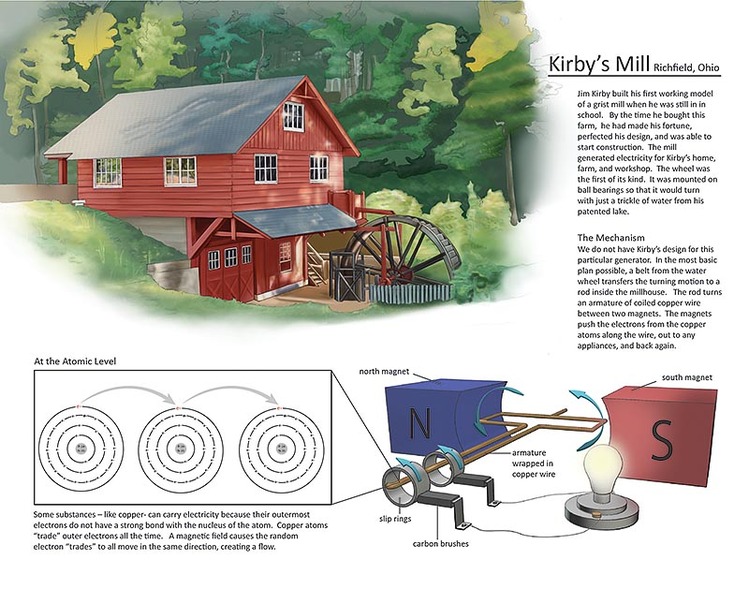 ﻿
GOAL- Use the historic Kirby structures as a basis for fun science and engineering programs
Jim Kirby’s mill was constructed in 1922 as a hydroelectric generator when no other source of electricity was available in Richfield. Kirby was the first to use ball bearings to balance a waterwheel. This reduced friction and increased efficiency.

Energy production represents 10% of the US economy. Sources of renewable power are becoming increasingly important. Kirby’s mill is an extremely valuable resource for demonstrating “green“ electrical production, as well as innovative problem solving.

Small hydropower generators might not be the entire answer to the world’s energy needs. Even so, Kirby’s mill is important because it demonstrates a concept few think about: that electricity is produced by a wheel spinning between magnets. The spin may come by burning coal to boil water to produce steam, or from harnessing wind, or water. Coal (and other fossil fuels) will eventually run out. Before it does, we need scientists and engineers to devise new solutions. We need politicians to care about and understand these issues. We need ordinary citizens to care about where their energy comes from. The value of a visit to Kirby’s mill is that it’s NOT a factory or a large generating plant. It’s small, friendly, and accessible. It’s picturesque. It’s memorable. You stand near the turbine (the wheel) or the swinging bridge and watch the falling water. You can hike in the creek. You can roll down the hillside. You can sit by the sundial in the butterfly garden at the base of the dam. You can play.

All we need to add are some interpretive signs and enough materials so kids can build their own pinwheel power stations.

Eventually we would like to expand to include interactive exhibits on: 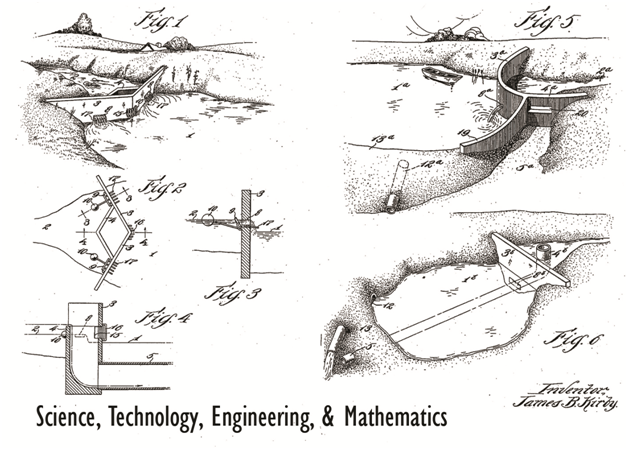