A Vision of Crowell Hilaka

from a Chautauqua Point of View 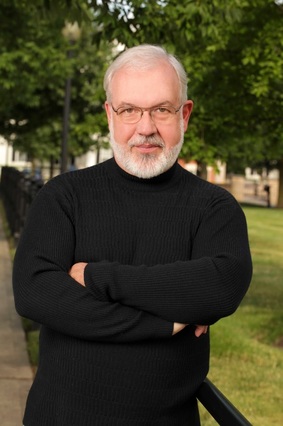 David Thomas – artist, photographer, teacher - is also a consultant on strategic planning and capacity building for not-for-profit organizations in Indiana.  From 1989 until 2011 he served as the Vice President and Director of Programs at the Indianapolis Art Center, one of the largest community art centers in the country.   He has been a member of the Chautauqua Network since 2010 and served as the Executive Director of Chautauqua Wawasee in Syracuse Indiana during the early phase of its formation in 2011.

David was born and raised in Cleveland, graduated from Kent State University in 1973 with a B.F.A. and from Indiana State University in 1982 with a Masters in Fine Arts degree.    During the summers of 1973 and 1974 he and his wife Kathy were employed by the Girl Scouts and lived and worked at Crowell Hilaka.  Kathy served as the Water Front Director and David was the camp garbage man/maintenance man/kitchen help and go-for.    During the summer of 1974 he was also commissioned to paint the picture that still hangs over the fireplace in Garfield Hall.

“ When I first learned that the Crowell Hilaka property was no longer owned by the Girl Scouts and its future was in question, I was deeply concerned.  The time that Kathy and I spent there is a time in our lives that we will always treasure.       I am greatly relieved to know it is now in good hands. “

During his  presentation he will be sharing some thoughts and ideas on how Chautauqua could serve as a good model for Crowell Hilaka.  He will also discuss program design and delivery, partnerships and collaborations, and fund development as well as organizational development.  David will be happy to take questions following the presentation