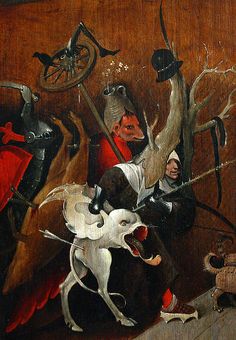 It started with a ghost story.

I was the leader for my daughter’s troop. We were staying at Kirby House for the weekend around Year 2000. One warm October night after the supper dished were washed, the girls’ talk turned to the supernatural. Normally, I didn’t like the kids to tell scary stories at camp because then I’d be the one to stay awake when one of them woke up from a nightmare.  But these girls were all experienced campers. I thought I could cut them some slack and see what happened.

The talk moved from ghosts to monsters. Slimey creatures lurking in the dark, under the basement stairs, waiting to grab your ankle just as you were almost safe at the top. Strange noises in the night. Hungry THINGS scratching at the windows and prowling just outside the door in this wild land.​
Regretting my decision, I intervened. “Sometimes”, I said, “The worst fears are the imaginary ones. You have to decide if they are real. And even if they are, you weigh the risks and decide if you need to hide or if you need to face what you’re scared of.”

“I’m not saying never be afraid. I’m saying figure out what’s realistic. OK, so we’re in the woods. There’s a fence all around the camp. That doesn’t make it impossible for a monster to get in. But it makes it just enough harder so they go somewhere else. There’s no wolves here. There’s no bears here. [Because at the time, there weren’t]. Snakes and Bats and Mice, yes. Ghosts, no.“

One idea led to another, and the girls came up with a Plan. It was a new Courage Test. Not the usual one of crossing the swinging bridge by Kirby’s Mill over the churning Waters of Death. Instead, they dared each other to go out one at a time, without a flashlight, cross the road, feel their way under the branches and down the stone steps to cavernous lair of Cricket’s Corner.

Five minutes. In the dark. With only their own vivid imagination for company.  No  screaming.
​
Cricket’s Corner is not a scary place in the day time. But at night. When you are ten years old. Alone. It’s a different story. There were all kinds of opportunities for pranks. But each girl knew her turn would be coming.​ 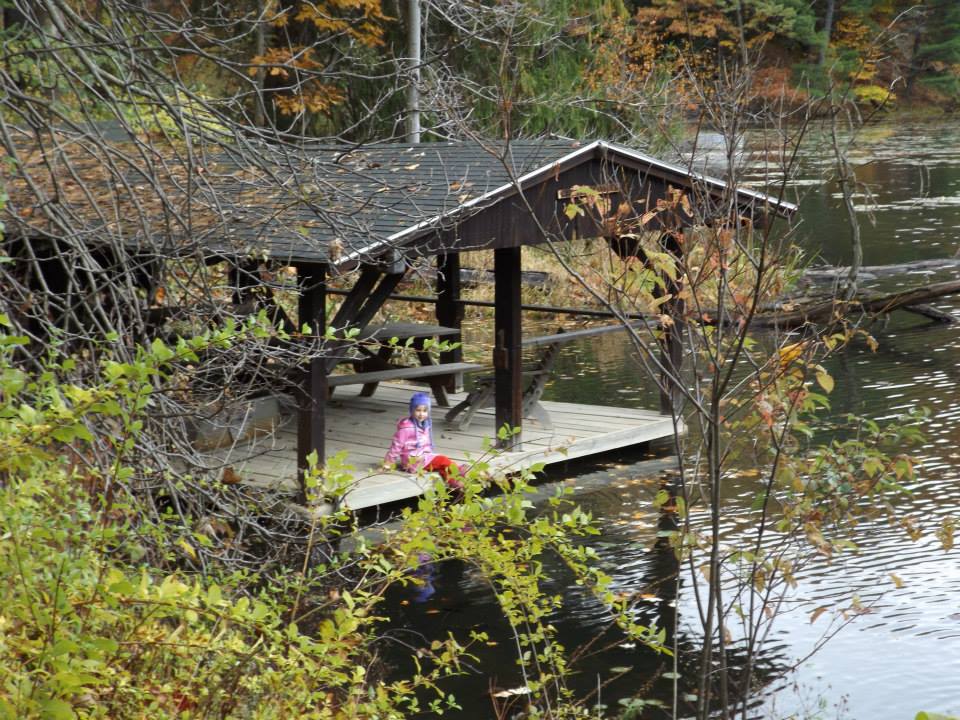 Cricket's Corner by Daylight. Photo by Aubrie Babicz
The rules were: The troop would be stationed outside, so in case of an actual monster attack, we’d be able to come to the rescue. This took care of the practical realities. But we’d all be on the opposite side of the house from Cricket’s Corner so the Girl Alone could get a real feeling of solitude. I was assigned the role of timekeeper and called out as each set of five minutes rolled by.

If you have ever taken a bunch of little girls camping, you know how fast they are to shriek at anything unexpected.

But that evening, none of the girls broke. They all stayed their five minutes alone at the waterside. Every one of them conquered the night and came walking around the corner of the house with her head high and shoulders back. Next day, they all walked a little taller. Warrior Princesses.

This is one of my most vivid memories as a troop leader. It wasn’t planned. It wasn’t part of a badge or a formal program. Just a passing moment that maybe made someone’s life a little different.

By Lynn Scholle Richardson
​This story was first published on the FoCH Lore blog, www.rjrd.org