But Rick Sicha and Marcia Moll were investigating all of the park structures for the National Register of Historic places. They didn't accept, "I don't know. It's just an old shed". They kept probing. They searched old maps

"The first time this small cabin was identified on a map, it was called Camp Director’s cabin (1964 Camp Development Fund Drive map). It was later known as the Nature Center (circa 1980 camp map) and Nature Hut (1982 Knight & Stolar master plan map).

"The undated panoramic photo you sent looks early. We can't obviously see the camp bell or flagpoles either, so maybe pre-1937.  Definitely after circa 1930, because the boat house and the detached garage are there. The building to the right of the garage seems to be the one we're discussing. The position seems right, and it has a gable roof facing the same direction as the present building.

" This might be one of Kirby's spring houses, which were listed in the 1936 real estate inventory.  The location is good - on a hillside where water would emerge, and then piping to connect to other locations.  Kirby also mentioned a spring behind the house, so there could have been more than one spring along this section of hillside.

So we're thinking about backing up the date to "circa 1930," and identifying it has a Kirby spring house, later the Nature Hut.  What do you think?

​The girls who wrote the 1965 history said it was the camp store.


Jan 17, 2019
Yesterday's recon mission to the Nature Hut. Clive, Sandy, & Lynn. The “basement “ of the hut had nothing to suggest that there was a spring there. But that in itself doesn’t mean much because it’s filled with gravel. This morning I’m thinking, well, why did they even bother to fill it with gravel?  Unless there was a seep right there.  We did hunt around for pipes or anything.  There is a turquoise, 4” (?) PVC pipe  below & slightly upstream draining into the lake. It's possible any spring water may have diverted there.  The walls look old,  but the floor is clearly newer plywood.

On that panoramic picture, you can see a second peaked building above & to the left of Kirby House. We decided that might have been a second spring house because it seems like it might have been located where the lined spring opening is between Kirby & Hilltop.  Of course, we're not sure- just seems a likely possibility.


"We also saw that small building behind Kirby's house.  We're thinking that was the spring house for the water source to mist the roof and fill the lily pond.  As for the Nature Hut, yeah, tough to know for sure.  Maybe over a few decades something changed, and it was no longer flowing water - just a soggy mess.  And, nobody jams a pvc pipe into a hillside without a reason....And the building has changed.  Windows come and go on the south side with the door, and that big picture window doesn't date to the 1930s.  So, the narrative says "may", just like with Wayside/Wonken Tonken, but that's ok.  We absolutely agree with you that it's better to lay out the evidence and suggest a scenario than ignore it.  With the existing information, it's the best educated guess.  And unless there is a new information find or some archaeology, that may be the best it ever gets.  But at least there is a sane suggestion that ties up the loose ends!" 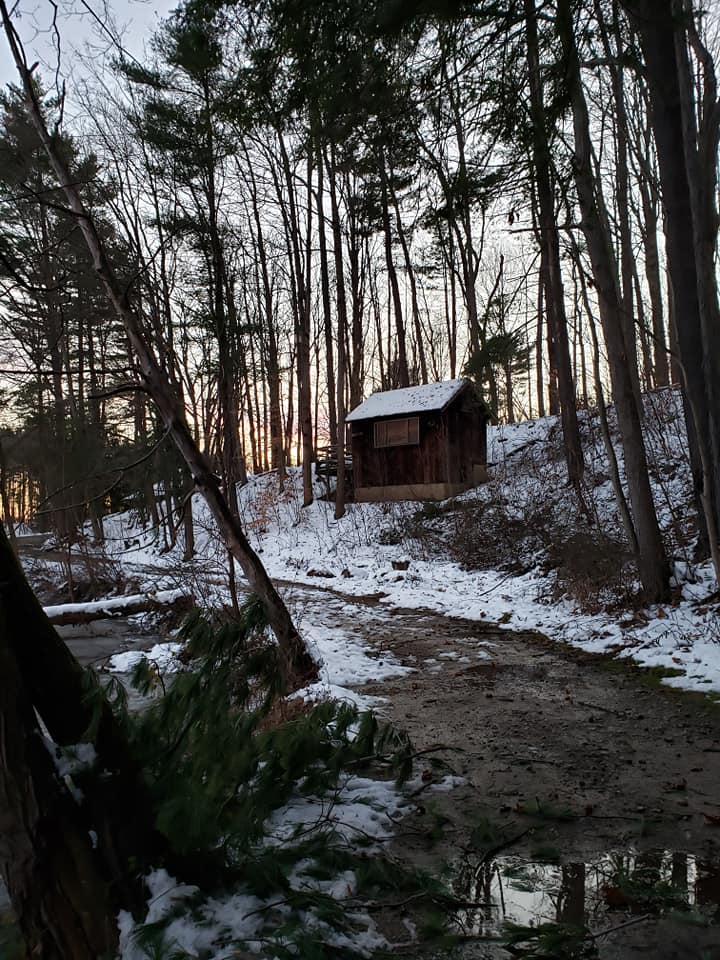