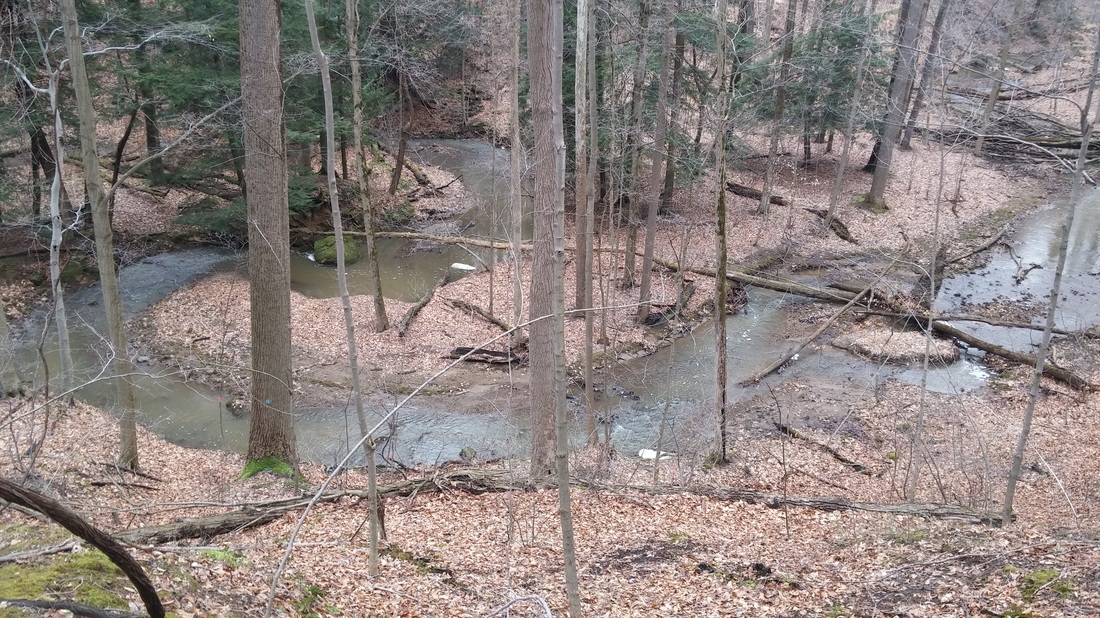 The Oxbow at Crowell Hilaka behind Cook's Cabin... photo by Sandy Scherrer Norris 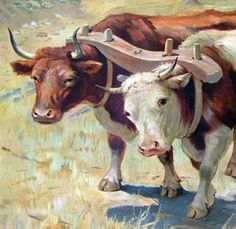 An oxbow is the name for extreme curve in a river. It is named for the loop worn by oxen when they are in harness.

An oxbow is formed when something interrupts the straight, downward path of a river.  Water always seeks it's level, flowing downward until it reaches the sea or it evaporates.  But in its downward course, it sometimes comes to an obstacle.  Maybe a large obstacle, like a wall of stone, or a vein of heavier clay than it wants to deal with.  No problem, it flows around.  So now there is a slight bend in the river.  The water doesn't worry about the bend, it just keeps on flowing.

But as the water hits the obstacle, it takes a little piece of it away.  Just a tiny nip if the water is flowing by gently, maybe a big gash if the stream is surging hard after a storm.  Flowing water eventually wears away the spot where it hits, eventually cutting a deeper and deeper groove.  The side of the stream  where the dirt and rocks are wearing away is the "cut bank".
On the OTHER side of the stream, the exact opposite thing is happening.  This is just so unfair!  If the water happens to be carrying anything: bits of fuzz, or leaves on a dry, gently day; rocks and mud when the water runs high after a rainstorm, it DUMPS some of it as it goes around the bend!  Why, oh WHY?  Because as it changes direction, it's slowing down just a little, and when it slows down it doesn't have as much energy to carry the load, and the load slips. The side of the stream where material is being deposited is called the "slip bank".
​
On any stream with a bend in it, you can see which side is the cut bank, and which is the slip bank.  If the stream is really curvy, the slip banks and cut banks pingpong back and forth.  Not only that, but as time goes by, the cuts keep getting deeper, and the slips keep stretching farther and the stream can become more and more bent, until it is bent almost all the way into a circle.  That, my friends, is an oxbow.

Eventually, the cut banks at the base of the oxbow cut so far that they cut into each other, and then the water will just start taking the straighter shot.  The bow becomes cut off from the stream and becomes an "oxbow lake".

Our oxbow is small, but dramatic because it is wrapping itself around a knob of rock that is being held together by the roots of a hemlock tree.  To take a look, walk along the outside of Garfield Hall toward the back.  You will see the tiny Cook's Cabin.  It's just beyond that. 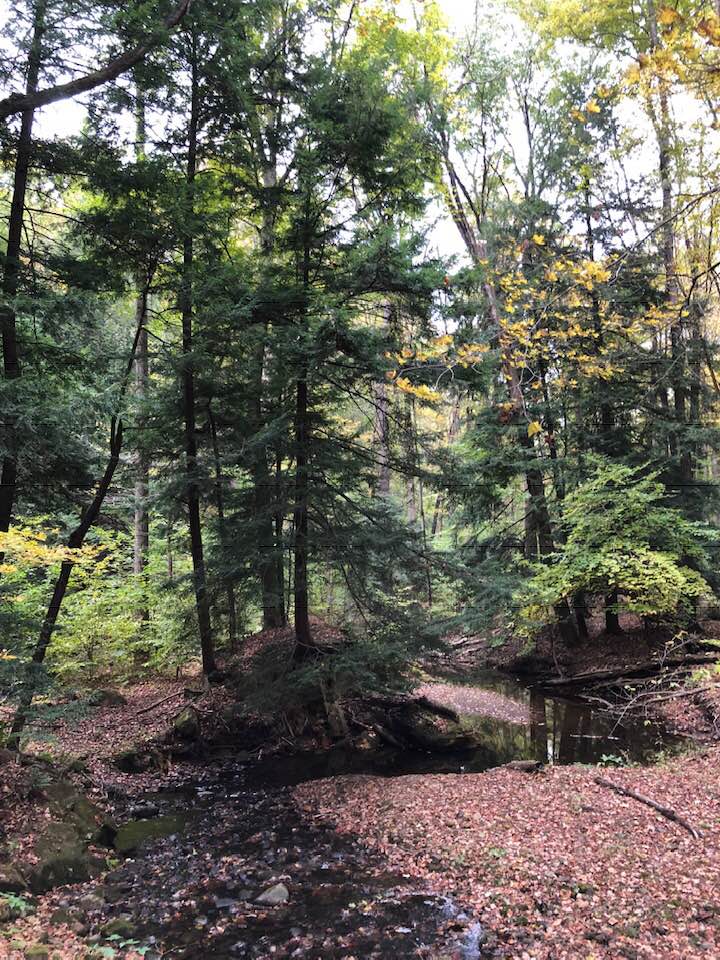 Hemlock knoll in the curve of the oxbow behind Cook's Cabin. Beth Sanderson, October 2018
​ 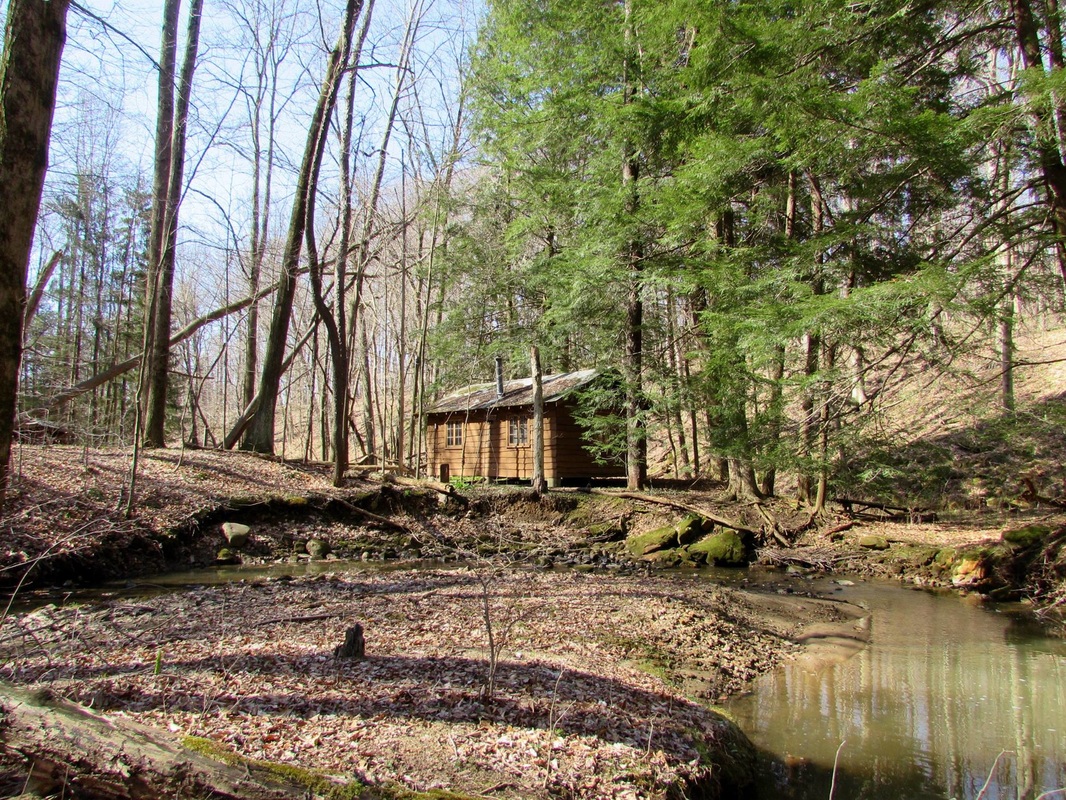 Cook's Cabin at the Oxbow. Photo by Chris Naizer, April 2016