Crowell Hilaka
We decided that our best strategy for keeping Crowell Hilaka was to increase the usage of the camp.

Part of the problem appeared to be clerical:  There were troop leaders who were applying to use sites, but were recieivng notices back from the council office that sites were not available .  We reported these, encouraged leaders to follow up, and asked Council to review campsite registration procedures.  We also researched GSUSA insurance policies so that non-GS members would be allowed to attend events and to volunteer on site.

Another challenge was that Crowell Hilaka had been a Lake Erie Council camp, so the troops in Summit and Medina counties who were geographically closest had never used it. They had no way of knowing what an extraordinarily beautiful place it was.  All they saw was that the cost of "cabin" rentals was higher than at Camp Timberlane.  So FoCH arranged to offer "camperships"  Any troops who rented sites in January , February, or March 2010 would only have to pay half price; FoCH would cover the other half.  We organized free Sunday Fundays.  Probably the most significant event was R.A.I.N.B.O.W.S. Day Camp - organized and run by volunteer Kim Janakovics. 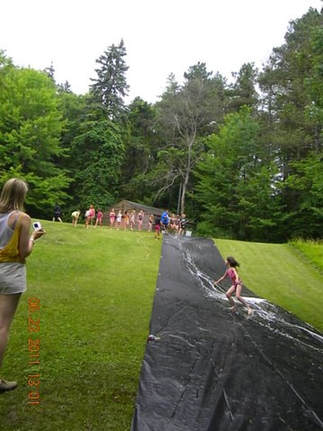 improvised water slide on Amity lawn. R.A.I.N.B.O.W.S. Day Camp
Meanwhile, GSNEO had established " Vision 2012"  an evaluation process for all seven remaining camps.  As part of that process, the Crowell Hilaka representatives first began to recognize that popular iconic features such as the bounce house and the mill were more than pretty quirks.  They were engineering experiments that could be used to get girls interested in science and technology.   as in this later communication between Corey Ringle and GSNEO vice chair Joan Villareal:

The issue is, some program can take place anywhere. Other places lead to program. As a CIT (Counselor in Training) in GSLEC, we were taught, STOP (Spontaneous Teaching Opportunity Present). This way we provide interesting programs when the girls were ready to absorb the information. When they ask for the information, they are interested and will gladly listen. Why girl planning is so important to the program.

The bouncy house brings the girls to the location. While there (when we were still able to go over to the south side of the property) they were interested to understand how it worked. We then went on to discuss deflection, construction methods and materials. The mill wheel was great for explaining hydro electric power, history of wheel power, ball bearings, and simple upgrades that greatly improve current technology. After visiting I ask girls how they would improve current inventions. Are there any simple applications that would greatly improve simple or common tools? The dams teach topography, engineering, and more. Having four unique dams show the variety in which humans can control water for various needs.

Girls need less class rooms and mini labs, and more hands on education and self discovery. 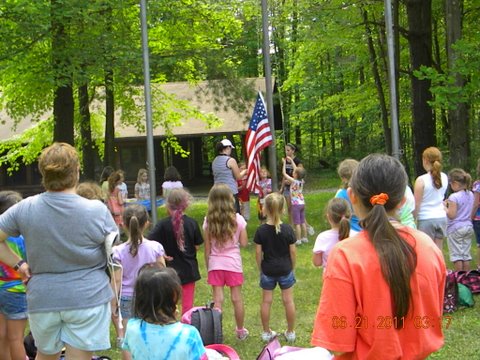 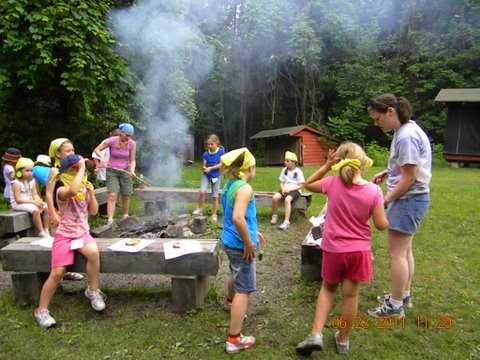 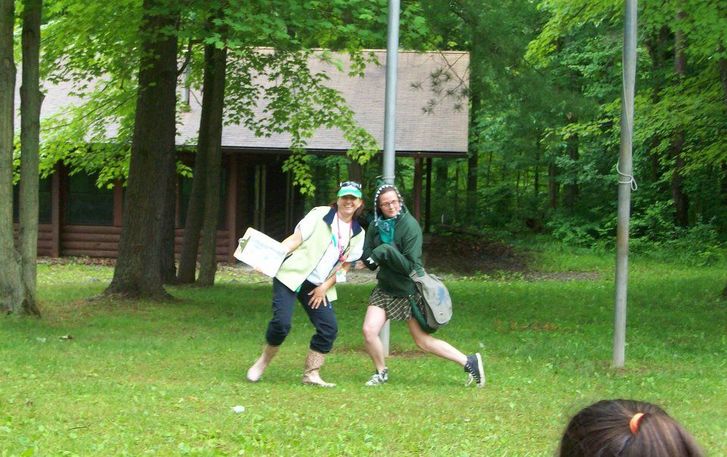