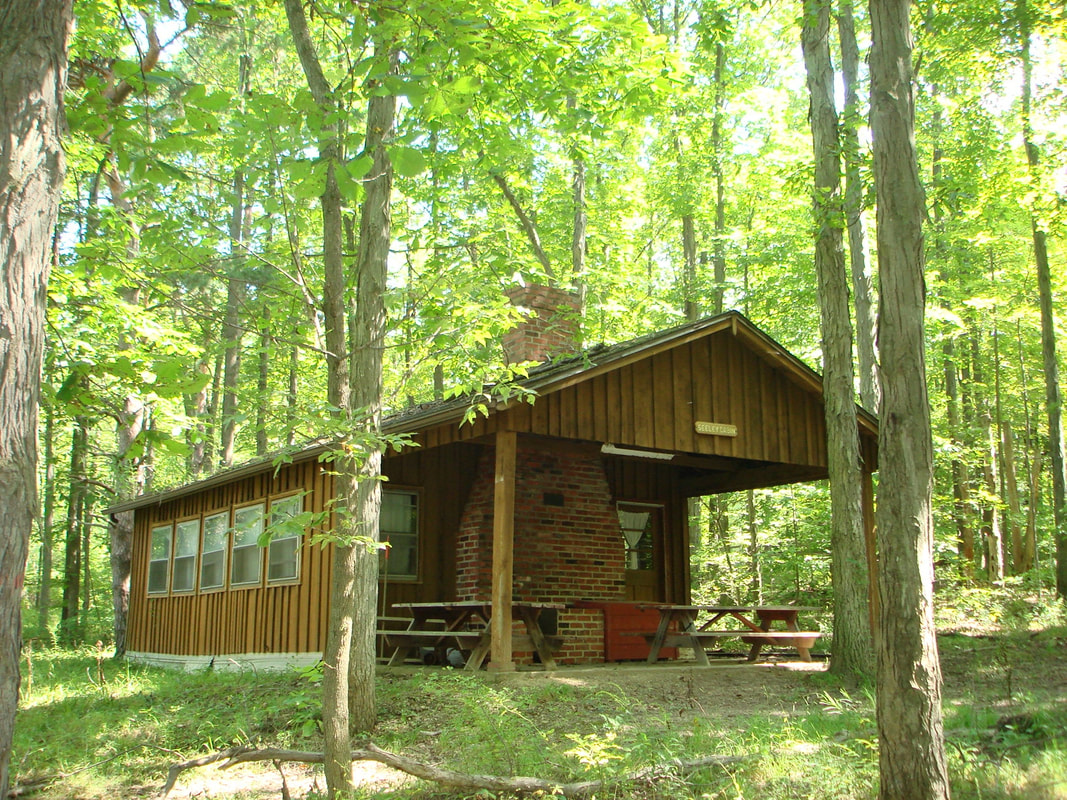 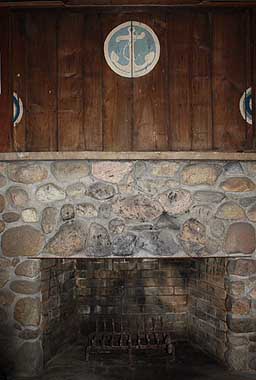 Seely Cabin was named for Warner and Emma Seely.  Emma was the commissioner of the Cleveland Girl Scout Council 1931-1933.
Warner was the chairman of the fundraising campaign to purchase the Kirby estate for the Cleveland council in 1937
​ 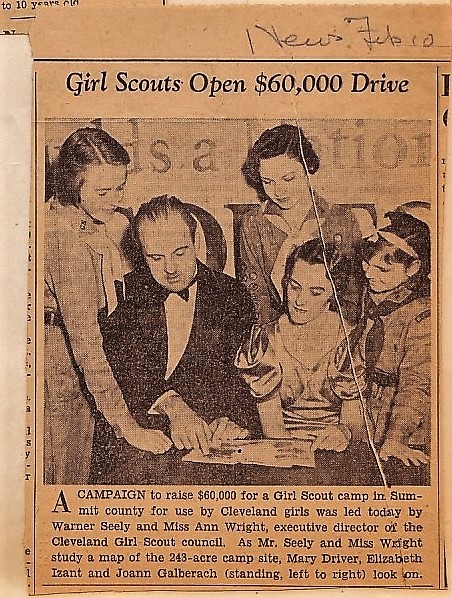 According to the Lake Erie GS council history, A Promise Kept,  Seely Cabin was built in 1950.  ( page 113 ).  A 1940 camp report recently discovered  suggests that it may have been built - or at least considered - ten years earlier.  More research is needed 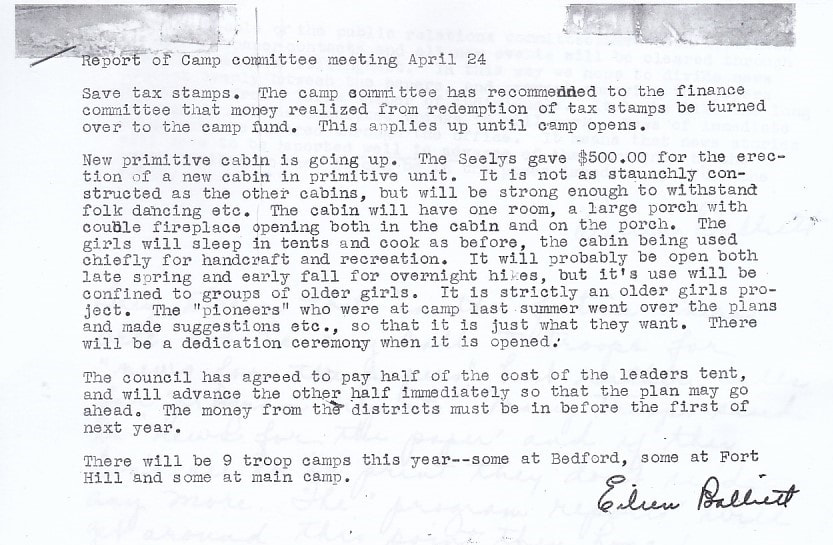 Before 1960,  Seely Cabin was at the one of the primitive camp sites furthest from the camp entrance.  It was an outpost for the most adventuresome girls in camp as well as a campsite for Mariner Scouts. When the Neal property was added to the camp, Seely was near the new central area.

In the 1990s Keys to Campsites, it was designated to have an overnight capacity of seven. Later, it was used to house camp monitors. 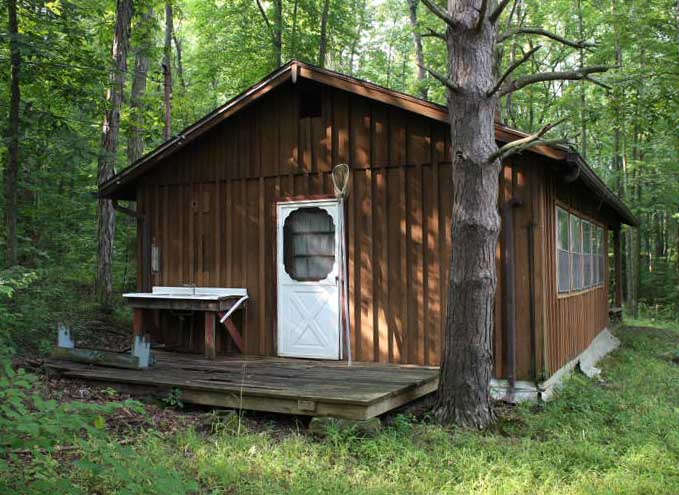 Back of Seely Cabin in 2009. The back porch was removed during a camp improvement work session by a team of sisters, Lynn Richardson and Gail Oleksy
Richfield purchased the former Crowell Hilaka property in 2015 with the help of a Clean Ohio grant from the Ohio Public Works Commission.  According to the terms of the grant, certain areas of the property were partitioned off for additional protection and restrictions. The land around Seely Cabin was part of the Clean Ohio Zone, and the understanding was that the cabin would have to be torn down.

In the spring of 2017, the Commission received some complaints about the administration of the property. They sent an an inspector to tour the grounds.  When the inspector was told that Seely Cabin was slated for demolition, she suggested that it be saved as an open pavilion since it's location overlooking Lake Linnea and its beautiful and historic fireplaces would be a benefit to the citizens of Ohio.   place be preserved as an open pavilion. This finding was documented in a letter from the Ohio Public Works Commission to the RJRD.

Conversion of Seely from Cabin to open shelter began on August 26, 2017 with the removal of windows, interior paneling, stove, and ductwork.
​ 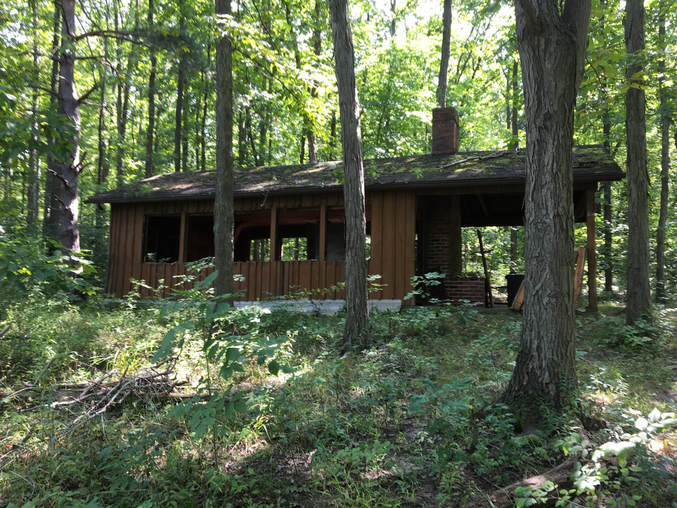