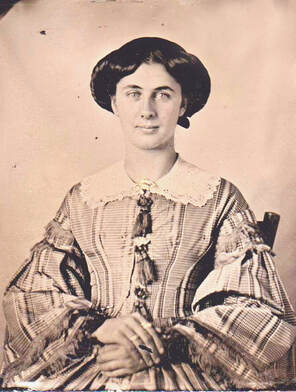 Ruth Oviatt Freeman in her wedding dress, age 18
Ruth Oviatt was raised on the farm with her eight brothers and sisters. Milton R. Freeman was the youngest of nine. They met at school, and they married in 1856. She was 19. He was 21.

Together they bought 200 acres of her father’s farm. They built a house and a barn, and raised sheep and dairy cows.
​
By 1862, they had two little girls, Hattie, age 4, and Emma, age 2. That year, Ruth’s two brothers, John and Charles, died while serving in the Union Army. Milton went to Kentucky to bring John’s body home and caught typhoid himself. The girls had measles. Ruth had measles and diphtheria. She barely stopped her cooking, cleaning, sewing, and chores. She volunteered at church, and took care of her father in his house across the street. She visited with family and friends, harvested the garden, made and sold butter. She was with her sister Sarah as Sarah died from sickness.

At the end of that year, Ruth, indomitable and resolute, wrote, "I have today been taking a view of my life during the year and feel that I have great reasons to thank and praise my Heavenly Father for his goodness and mercy to me. Although He has seen fit to take from me two precious brothers and a darling sister.....yet I will praise God” 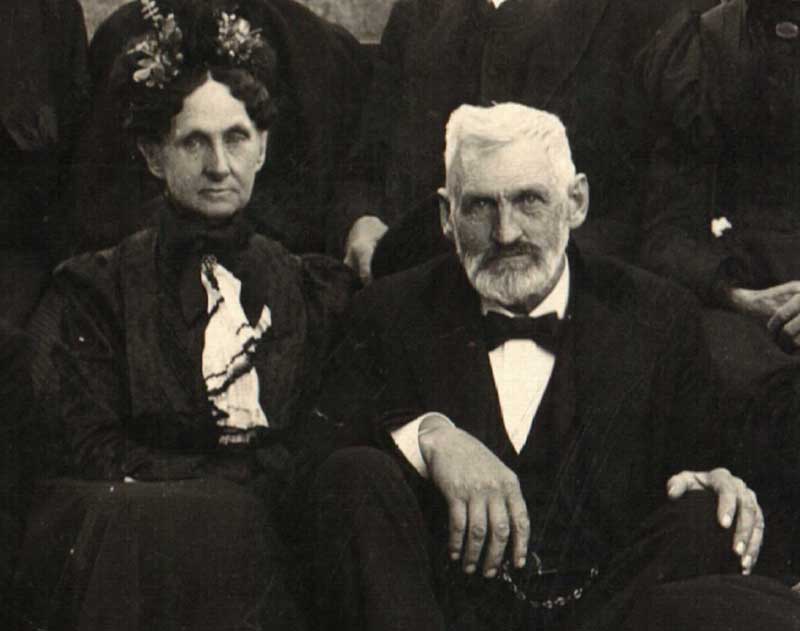 Ruth and Milton R. Freeman farmed the "Hilaka" part of camp from 1860 to 1880
Ruth Freeman's 1862 Diary
(34 MB PDF file, requires Adobe Acrobat Reader)
Three more children were born: Mary – 1865, Clara – 1867, and Arthur –1872.
​
In 1880 Ruth and Milton and their younger children left Richfield for a new home in Genesee County, Michigan. They left their oldest daughter, Hattie, and and her husband, Milo Halliwill, to run the farm. After four years, Hattie and Milo packed up and followed her parents. 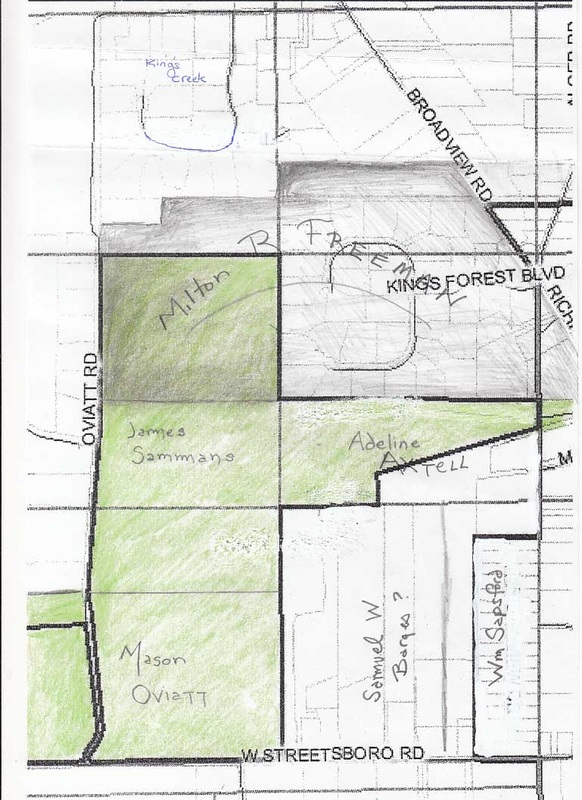 Freeman farm (gray shaded) superimposed on a modern map of Richfield. Camp Crowell/Hilaka is green shaded. The 93 acres of camp that was added in 1957 ("Hilaka") was all part of the Freeman farm. 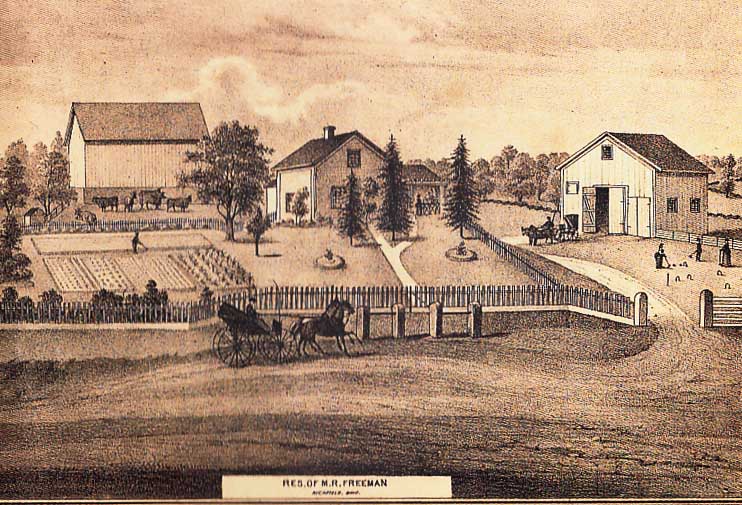 The Freeman farm, seen from Broadview Road. This etching appeared in the 1874 Summit County atlas. The gateposts at the right are now the sides of the outdoor fireplace at Amity House. 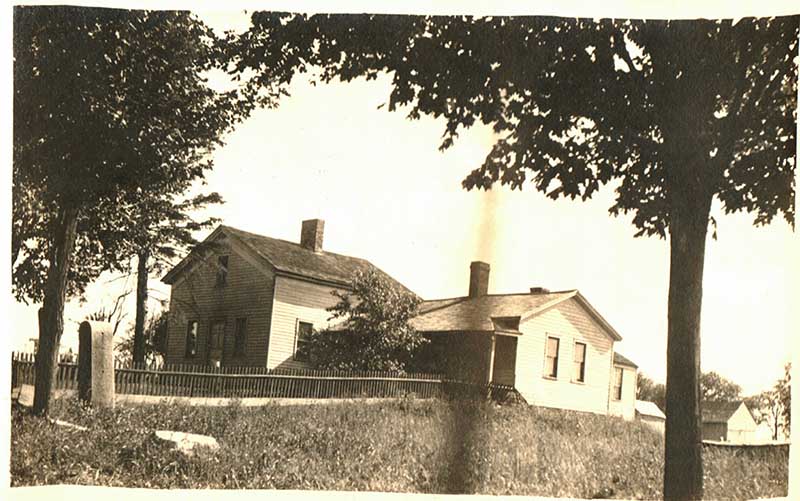 The Freeman farmhouse, about 1910. This photo was taken by one of the Freeman descendents. One of the hitching posts is on the left.
Ruth's Family Tree

Why did they move away?

According to descendant Bruce Leech, there were probably a couple of reasons. The land around Flushing, Michigan is flat. Better for farming than Richfield’s rolling hills. And they could be near family. Although Ruth’s people had deep roots in Richfield, most of her siblings had died by 1880. On the other hand, most of Milton’s brothers and sisters had moved up to Flushing and were still living.

The decision to leave had long been in the works. Milton had gone in with Ruth’s brother Darius to buy the Michigan property years before they left.

After Darius died, His widow and son also moved to Flushing to be close to the Freemans. 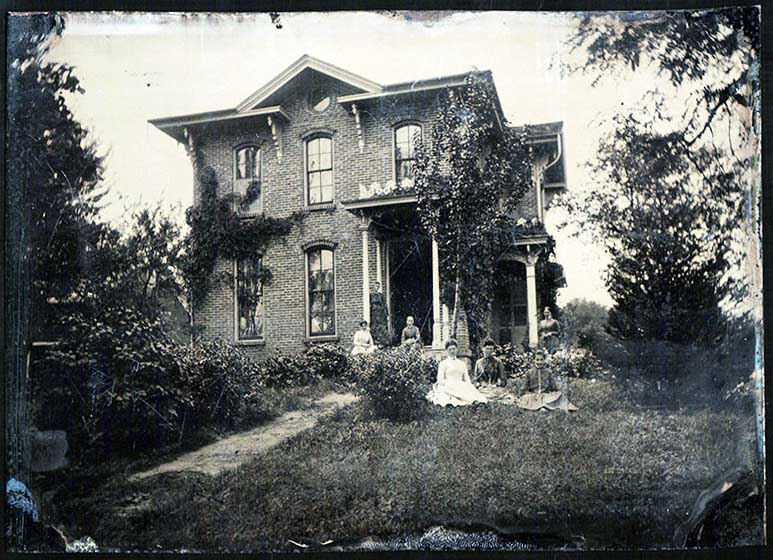 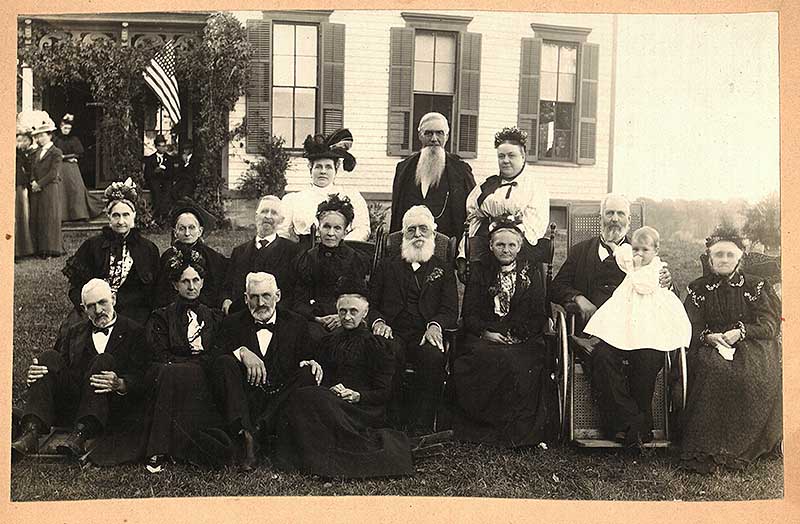 The Freeman clan at Algernon Freeman's farm in Flushing, Michigan. Ruth and Milton are the second and third from the left in the front row.
​With gratitude to Bruce Leech of Michigan for transcribing his great-great-grandmother's diary, for sharing his ancestral photographs, and for providing a personal tour around the Freeman farms of Flushing.