Presumed to be a "wolf tree" ( a tree left standing to provide shade for livestock or a farm house when a field was cleared) on the Oviatt farm. Photos of the oak during the construction of Kirby House circa 1920 show that that it was already old back then, and one of few trees in the picture. ​

Construction of the house so close to the trunk undoubtedly severed large tree roots. Perhaps this slowed down the old oak's growth.  But still it thrived. 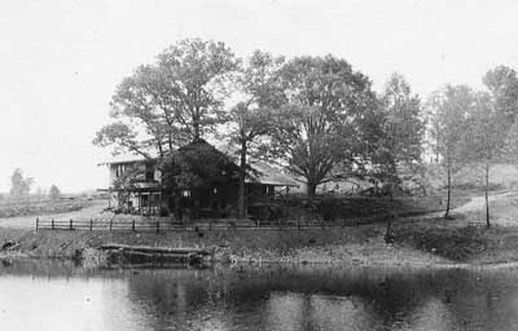 Kirby House construction nearing completion, probably 1921. The old oak is immediately to the right of the house. Except for a few trees nearby, the surrounding gentle slopes are clear of forest. Farmers would typically leave a few isolated trees to provide shade for livestock in otherwise cleared fields.
​
​ 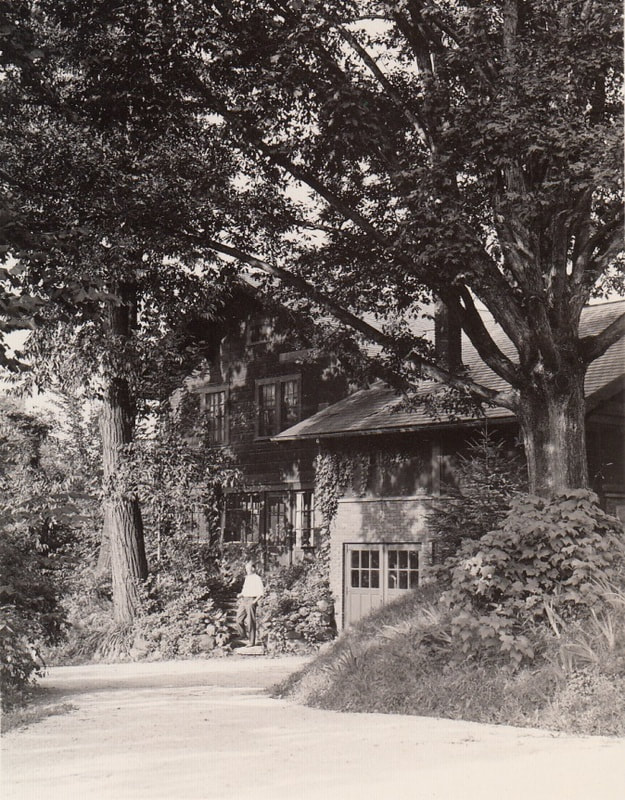 Undated photo of Kirby descending the stairs outside his house- presumably between the year 1925 ( long enough after construction for ivy to have grown to the second story windows of the kitchen porch over the garage ) and 1937 ( when he sold the property to the Girl Scouts).

The Old Oak became an iconic part of camp Julia Crowell.  A popular camp history probably written sometime between 1940- 1960 starts its second paragraph, "The great white oak that looks down on all who pass by Kirby House could, if it could speak, tell us more about the history of our camp that probably any of us will ever know....... "
www.friendsofcrowellhilaka.org/camp-julia-crowell-nature-notes.html 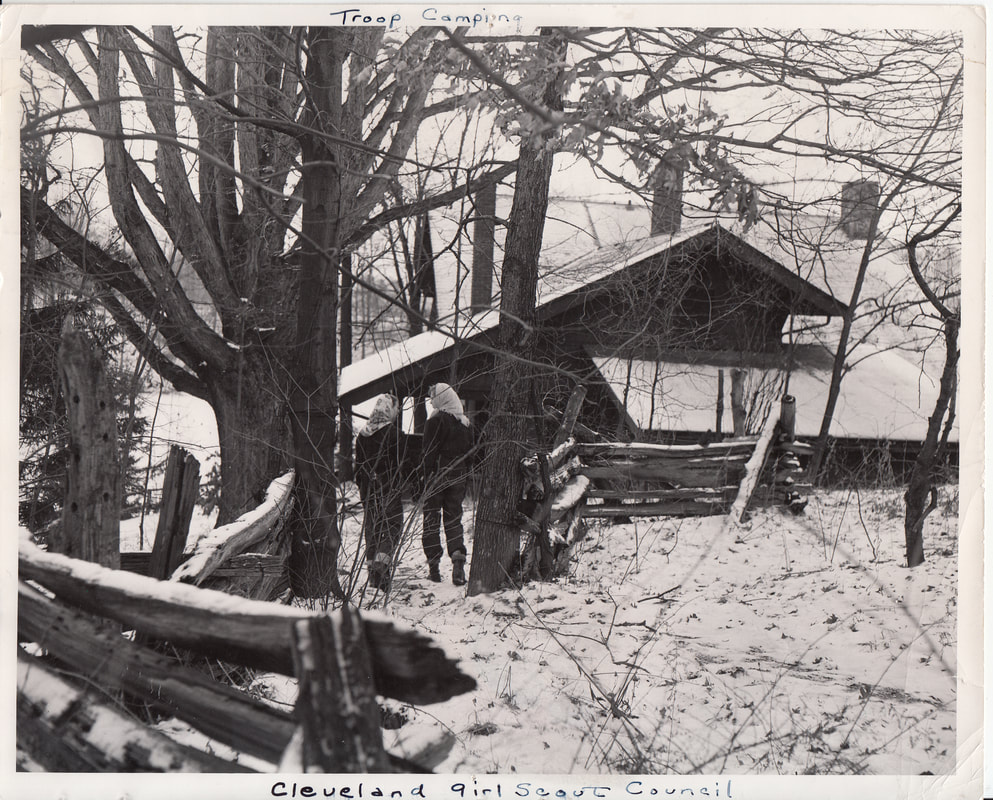 ​It was in danger of being cut down in 1984 when the Kirby House footers needed repair.  But instead drain tiles were installed in the hillside between Kirby & Hilltop houses, which diverted water away and saved the tree.

The Old Oak has been called "Big Jim" by some, and "definitely female"  by others. The gender of its dryad spirit aside, it belongs to the  species Quercus alba - White Oak. ​

The woods have grown up around Kirby House and the old Oak Tree, now focal points for Richfield Richfield Heritage Preserve. The famous, statewide Buckeye Trail was re-routed through the park and past these important landmarks; as evidenced by the blue blaze on the trail post to the left. Photo by Beth Sanderson 2016.
The planned re-configuration of the Lake Jinelle Dam in 2018 prompted landscaper and FoCH member Cynthia McWilliams to question how heavy construction equipment and the raising of the nearby road might impact the old oak. Consultants from Davey Tree Company and ODNR were brought in by FoCH VP Beth Sanderson.  Some pruning of dead branches was recommended-  but otherwise the tree appears healthy.  The work crew came out October 26, 2018.
photos of Davey Tree Company pruning crew by Beth Sanderson